Gata City Council celebrates World Water Day today, Tuesday, March 22, claiming the right to water and sanitation. All this, within the Comunitat Blava campaign that promotes the consumption of tap water, a community of which the consistory is a part.

Blue Communities in the municipality of Gata de Gorgos

With this intention, two actions have been prepared along the lines of promoting the consumption of tap water and the progressive elimination of disposable plastic.

The first action is addressed to IES students. It is about encouraging everyone who carries a plastic bottle during break time to stop using disposable bottles. Thus, these will be deposited in the yellow container and the plastic container will be exchanged for a reusable sports bottle, which can be filled in the two filtered water fountains that have been installed in the center.

The other action is aimed at the general population. In this way, all those who bring a plastic container to the town hall will exchange it for a reusable glass bottle. Throughout the morning, from 08:00 to 15:00, the bottles will be distributed on the ground floor of the town hall. 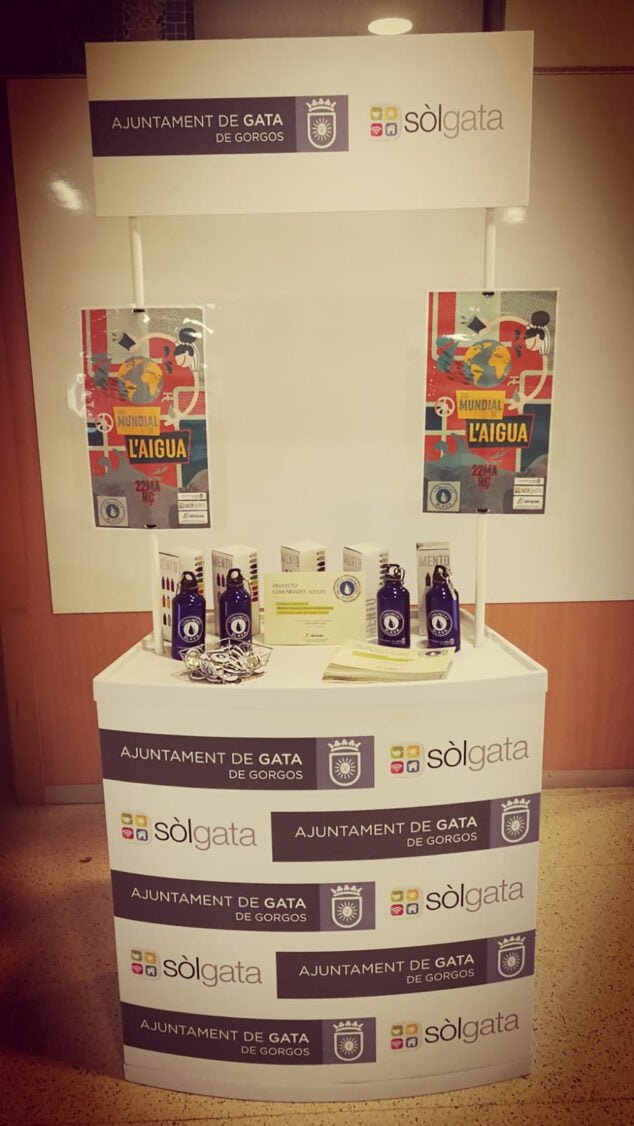 This year, as part of Water Day, Gata wanted to make a special mention of groundwater. In this way they emphasize: "Although they are not visible, groundwater supplies more than 31% of the Spanish population, feeds surface water and is the fundamental resource of agriculture and industry. But its sustainability is in serious danger. Climate Change means that they have a smaller recharge, since the water extracted increases each year, and diffuse pollution makes these waters unusable for human consumption and for maintaining environmental quality. conservation, because if we lose them, the costs that this would imply would be incalculable".

5.430
1.513
We use cookies necessary for navigation and traffic analysis. We do not use cookies that provide us with personal data or advertising cookies.
More optionsACCEPT
Manage consents

This website uses cookies to improve your experience while browsing the website. Of these cookies, those that are classified as necessary are stored in your browser as they are essential for the functioning of the basic functionalities of the website. We also use third-party cookies that help us analyze and understand how you use this website. These cookies will be stored in your browser only with your consent. You also have the option to opt out of receiving these cookies.
Necessary Always activated